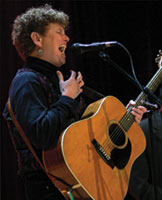 Theresa Demarest – Writer/ Producer, Guitar/Piano   theresacd.com>
As a songwriter, Theresa demonstrates her ability to spin a tale – behind which she masterfully creates a mood and a presence that can alternately send shivers down your spine or make you tap your feet. (MUSICIAN’S NETWORK MUSIC MAGAZINE, SEATTLE WA) Theresa mixes Folk, R&B, Rock, and touches of jazz. The Portland Tribune, A&E Staff Writer Janine Robben writes: “Theresa Demarest has been a nun, wife, mother, single parent, Critical Care RN, cancer survivor, motorcycle mama. But, most important, she’s a singer with a bluesy-folksy-jazzy voice that picks up the high and low notes of each of her experiences and reproduces them with perfect clarity – like a really great sound system.”

Theresa performs with 3 – 8 musicians from her band Good Company depending on venue, sound requirements, and performance budget. The band is able travel. Band members have been performing with Theresa for over 10 years. 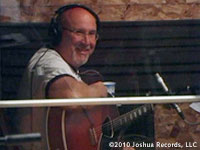 Tim Ellis- Lead Guitar JVA Music>
Tim has been a professional musician since the age of thirteen. He has performed and/or recorded with Rock and Roll Hall of Famer Spencer Davis, The Platters, The Ink Spots, 80’s popster Tommy Tutone, country stars Mac Davis and Larry Gatlin, and others. He’s performed with award-winning composer Fred Karlin at the Shrine Auditorium in Los Angeles with Bill Conte and the Academy Awards Orchestra, the Beach Boys featuring Al Jardine, Wilson Phillips, and Dennis Dragun of The Captain and Tennille. Tim currently works with Polygram Recording artists Val Gardena and Windham Hill Recording artists Jeff Johnson and Brian Dunning. 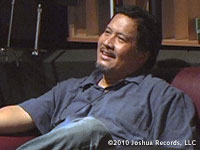 Renato Caranto is one of the finest Sax players in the Pacific Northwest. His awards record alone only hints at the incredible talent of this stellar musician. Over 1,000 CBA members participate in the Muddy Awards process, making it one of the most prestigious blues awards in the world.
Awards: 1994 Best Horns (Tied w/ Patrick Lamb); 1995 Best Horns; 1997 Best Horns; 1998 Best Horns; 1999 Best Horns; 1999 Inducted into the Cascade Blues Association, A Hall of Fame for Best Horns; 2000 Best Horns 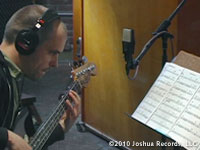 Jamin Swenson – Bass Guitar
Jamin Swenson has played bass for 13 years. Largely self-taught, his solid, reliable playing has kept him busy both onstage and in the studio in his hometown of Portland, Oregon.

He has been on to be a sideman in many groups, playing such diverse styles as reggae, swing, rock, blues, jazz, R&B, country, and funk. He has done regular session work at studios like Kung Fu Bakery, Dead Aunt Thelma’s and 8 Ball Studio. He plays with Portland musicians and bands such as Aaron Meyer, John Nilsen and Swimfish, A New Groove, Tim Ellis and Jim Walker, the Southlake Band, Cloverdayle, the Jacob Merlin Band and Holding Out. 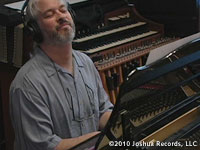 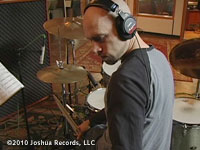 more info>
Drummer Reinhardt Melz has been on the North West professional music scene since 1987. He is a consummate musician and teacher. He is also Bobby Torres eldest son.

Reinhardt prefers not to categorize music. Instead, he strives to play what the music calls for. He is a versatile drummer that is recognized for his talent in creating sophisticated rhythmic conversations. He is a “top-call” drummer who is in demand for work with artists of many different genres ranging from Jazz and Afro-Cuban to R&B, Rock-n Roll, Funk and Klezmer.