Home - THE FILM - SPECIAL THANKS 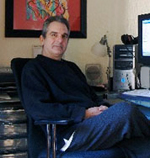 LARRY EELLS – Trailer Editing & Consulting
After graduating high school, Larry gained his experience working for Capital Records and Paramount Studios as a   floater in training, working on everything from major recording labels and feature films with “hands-on” experience, and in tandem with students back then like Francis Coppola and George Lucas.

In 1982 he built the first coop production studio, San Jose Studios, then in 1995 Monterey Bay Production Group MBPG.  From concept to final product and duplication and distribution ties, MBPG was a huge success!

During his time in Hollywood and to date, Larry is deeply involved with Stereoscopic “3D” film making and shot numerous titles mostly in the Music arena, two features and specialized ride theme work.

Larry moved to the Northwest in 2005 after over 30 years working in Silicon Valley, Los Angeles and New York in International Trade and Aerospace, this lead him into advertising and corporate communications, and he found his passion was in film, video and music.

With over 30 years of media creation and development, working with everyone from unknowns to “A” list players/directors/producers like Robert Altman, Michael Tolken, Oliver Stone, Taylor Hackford, Michael Crichton and the lists goes on, Larry’s experience and ability to master most critical elements of total production over the years has proven he can make the most of every creative process and deliver end results that he, client’s and associates alike bond and it does make all difference in the end result.  To be original, creative and push new opportunities and envelopes ever so changing, is always an exciting challenge! 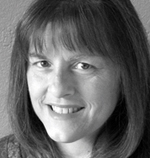 MARY THOMAS – Voice over talent (Documentary Trailer)
Mary is thrilled to be able to share her passion for voice acting with Theresa’s passion for Keiko’s story! Coming from a background of theatre arts the transition to narrative was a natural one. She has done commercial voice over for NECA/ IBEW, Alpenrose Dairy, and McMenamin’s Edgefield. She is also part of the award winning Willamette Radio Workshop. “The story of Keiko is both informative and an amazing journey, I am proud to be a part of it.” 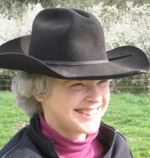 SHELLEY RAYHAWK
Keiko’s story touches people.  His courage encourages, and his victory gives hope. When Theresa would come out to the barn and talk about her work on the film, as Theresa’s friend, I became concerned with helping her communicate and stay grounded in the vision that I saw she had and that certainly I shared– the passion to reconnect people with that which is vital and true in themselves and in the world around them.

I would say it is the same thing that kept me so involved with her first film.  Keiko is a much bigger, more complex story, of course, but the goal is the same — to offer the people who watch it the chance to discover the deep aliveness and healing that comes when we move beyond “human say, earth do.”  As Theresa says time and again, throwing her arms wide as we walk the fields here, “We are so lucky to be alive and breathing on this planet!”

Shelley Rayhawk was born in a small Oregon coastal community and grew up in an era when children spent most of their time playing outdoors.  She graduated from Caltech in Civil Engineering, raised five children, and currently owns and runs a boarding stable with her husband Joe, her off-track Thoroughbred, Chris, and her very opinionated pony, Whisper.