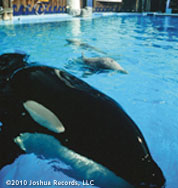 “No one has told the story we’re telling,” says filmmaker Theresa Demarest of her inspiring new documentary that finally solves the mystery of what really happened during the last five years of Keiko’s extraordinary life. The first in-depth cinematic look at the life and legend of the “Free Willy” star, “Keiko The Untold Story” goes behind the scenes of the controversial release in 1998 of the first and only orca released into the wild after being held for years in captivity. Indeed, seven years after the famed orca’s death in December 2003, the question of whether or not the mission was successful continues to fuel the debate regarding the fate of the other 42 orcas still in captivity in the U.S., Argentina, Canada, France, Japan and Spain. Four years in the making, “Keiko The Untold Story” presents never before seen footage of his life in the wild, much of it filmed by Jean-Michel Cousteau’s Ocean Futures Society, and exclusive accounts of his day-to-day existence by his last two caretakers, Colin Baird and Thorbjorg (Tobba) Valdis Kristjansdottir.

From Mark Berman of the Free Willy-Keiko Foundation and orca experts Dr. Naomi Rose, Senior Scientist for Humane Society International, and OrcaLab founder Dr. Paul Spong, a neuroscientist and cetologist who has been at the forefront of orca research since 1967, we also gain new insights into the unique culture of orcas, and what the impact of being taken from his pod at such a young age had on Keiko’s ability to survive on his own.Keiko, whose name means ‘lucky one’, became exactly that when he was picked to star in the Warner Brothers film “Free Willy,” about a troubled boy who befriends an ailing whale, then helps him escape a death plot hatched by the aquarium owner. Giving an astonishing performance, Keiko swam straight into the hearts of millions of school children around the world upon the film’s debut in July 1993.

However, it was quite a jolt when his fans discovered that, unlike his fictional counterpart, Keiko was not free. Even worse, 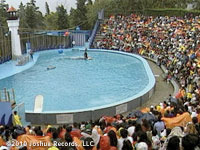 his health was steadily deteriorating after 11 years of painful confinement in a tank designed for bottlenose dolphins located over 200 miles from the nearest ocean. “When they first took him to Mexico City, they thought everything was fine, but he kept growing,” says Dr. Rose. “By the time Warner Brothers made the movie, Keiko had gone from the size of a puppy to a Bull Mastiff in a doghouse that was built for a Beagle. The tank was like a swimming pool holding an orca. He couldn’t dive at all. He was so long and it was so shallow, that when he was simply floating his tail nearly touched the bottom.” 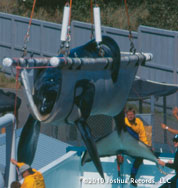 Accustomed to the icy waters of the North Atlantic, Keiko was also suffering from the constant exposure to temperatures well above what his species normally tolerated. “They were filling it with just tap water, which was heavily chlorinated. Plus, there were no chillers. Orcas live in water that’s 40 to 50 degrees Fahrenheit,” says Mark Berman. “They had to continually bring in bags of salt and just dump it in, to try to make it similar to the ocean, which, of course, is impossible. There’s all kinds of nutrients in the ocean.”

The public was so outraged that Dave Phillips, founder of the Earth Island Institute, told PBS’ Frontline, “We got more than 400,000 phone calls, which was unbelievable, unprecedented… the switchboards completely lit up. We had phone services operating 24 hours a day with kids calling in and parents calling in. Everybody wanted to get involved, what could they do for whales and what could they do for Keiko.”

As the outcry mounted, representatives from various organizations – including Phillips, Berman and Dr. Rose met with the owners of the Reino Aventura theme park in Mexico City, where Keiko was confined. They explored every possibility, including moving him to another aquarium.

None were willing to take him, due to the mysterious skin disease Keiko had developed, which members of the captive industry feared would spread to other 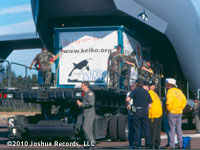 orcas in their parks. When the option was suggested to return Keiko to his native habitat, Warner Bros. approached the Earth Island Institute to serve as the orca’s custodian.

Since orcas had not been a part of their mission, Phillips was at first hesitant. “The way we made the decision was we just listened to all the power of what the kids wanted to do. There were just so many people in all aspects kids and teachers and scientists and businesses and environmental organizations that all got caught up in it, and all wanted to do something for the whale. He had touched such a responsive chord in people that it just seemed like the barriers could be broken down, and it just became hard not to get involved.”

Making it possible, Reino Aventura – which had originally paid $350,000 for Keiko – donated the whale to the newly founded Free Willy-Keiko Foundation, formed by the Earth Island Institute. At the same time, the Oregon Coast Aquarium agreed to build a new state-of-the-art facility to serve as a way station of sorts to allow Keiko to regain his health before returning to the wild.

When the new tank was completed, Keiko was airlifted in January 1996 to his new home in Oregon in a plane donated by United Parcel Service (UPS). On September 9, 1998, his journey was complete when a U.S. Air Force C-17 transport jet flew Keiko to Klettsvik Bay in Vestmannaeyjar, Iceland where he had been captured 19 years before. “This had never been done before, there was no textbook, no manual on how to do this, so we just did it based on what Keiko wanted to do,” says Berman. “We were giving him a chance that no other captive orca has ever had – to go home to his family, to the sea, to feel the tides, the natural beauty of his home country.”

For Keiko’s millions of fans, it was the happy ending they had helped fund. Yet the effort had its detractors. Among them, there were “newspapers calling it a complete failure, because Keiko never found his family. Nobody considered the possibility that maybe his family had died during his capture. Or that they might have been merely passing through that part of Iceland when he was taken,” says Demarest. 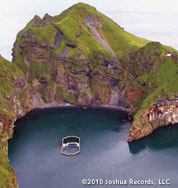 “Given what we as humans had done to him over the years, I think it’s very important that we get the full story out there,” says Colin Baird, who directed the Icelandic field operation during its last two years and had previously spent a decade training orcas. “It’s amazing how people just don’t know how it ended. I’d heard all sorts of misinformation – before, during and after the project. I’ve long said this project succeeded in so many ways. It succeeded in getting him out of Mexico. If he never left Oregon the project was already a success. Getting him to Iceland, into the big huge basin. If he never left the basin it would have been a huge success. And then for him to swim across the Atlantic and spend the last year of his life out in the wild – you can’t tell me it wasn’t anything but a success.”  The Humane Society’s Dr. Rose, who helped negotiate Keiko’s freedom in the mid-1990s, is frequently featured as a guest expert on shows like Larry King Live, CNN News, ABC World News, and ABC’s Nightline.

“There were so many people who fell in love with Keiko and I think it’s really unfortunate that they don’t know what really happened to him.” She adds: “Keiko was the only captive orca who was ever returned to his natural habitat. The only captured orca ever to go home. It’s true he did not swim off gallantly into the sunset and become a wild whale again, which is what we were hoping. But it was always a long shot, because Keiko wasn’t necessarily the best candidate for a full return to the wild. 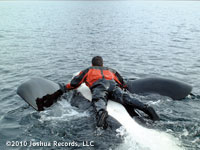 “So we established the project from the outset, had him wear a tag, so that if in fact he did reintegrate with a wild pod we would know where he was, we would be able to go and respond to whatever it was he needed. And that’s exactly what happened.” Rose is convinced that Keiko would have died in Mexico City within a year or two had he been left there. “I know that we lengthened his life beyond Oregon. In Mexico City, I think he would have had one or one and a half years left.” “I think there is so much distortion about what happened to Keiko that it’s important for people to understand exactly what really happened to him – and what really happened to him amounts to a great story,” says Dr. Spong.

“It’s very clear that orcas are not suited to a life in captivity, that this is a terrible thing to be doing to this incredible whale. Keiko never met his family, and his success was ultimately limited, but I do believe he achieved amazing things given where he came from.” Indeed, a part of Keiko’s enduring legacy, adds Spong, are the restrictions preventing the capture of orcas in many places around the world, where 9 of the 42 remaining in captivity were originally caught. Among them, “captures in Iceland stopped and it’s virtually certain that they won’t start up again.”

Thorbjorg (Tobba) Valdis Kristjansdottir looking back on the two years she spent working with Keiko, calls him “an unbelievable animal. He absolutely had a definite personality. I spent a lot of time alone with him, and I talked and talked and talked to him. He would just kind of dance in the water.”

She pauses. “Now you’ve got me started…I could talk forever about this whale!”