Home - Keiko Inspired Us All 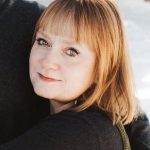 This is Claire, Admin Assistant at Joshua Records.  I have been involved on and off for many years with Theresa’s music, Herd of Two, and Keiko the Untold Story.  One of the best parts of working with Theresa is seeing her genuine love of what she does, and desire to always walk within integrity as she does it.  The music and film industries are brutal. Theresa is not.  In a good way, she has an innocent, endless wonder within her even after all she has been through in life.  Most people would be incredibly cynical or shut down by now.  Not Theresa, she still calls me with glorious excitement about her horse Tehya, or the coyote she saw in her back yard, or a movie she saw with a powerful message.

This holds true in the making of Keiko the Untold Story.   There was a theme that we all followed throughout the process, including when we interviewed the experts in the film.  “This is not an activist movie. This is not a movie to convince people of the ethics and politics around animal rights.  This is Keiko’s story. This is an educational story, about Keiko’s journey, period.  It needs to be told.”  Did we hope to help the progress of understanding of marine life treatment in captivity?  Of course.  Did we hope to educate people on the amazing intelligence and family structure of orcas?  Of course.  Did we know it would cause such heated debate and tension of people’s beliefs?  Of course.  This is how we learn, grow, and change the world; through a topic that hits the hearts of so many people.  But first and foremost, it was to tell the true story of the orca that swam into the hearts of millions of people of all ages, beliefs, and all around the world. 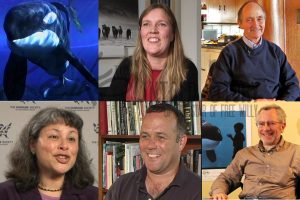 Dr. Naomi Rose was the most intense, providing us with the first understandings of the complexities of the situation.  She made the making of the movie real to us and added that level of professionalism and expertise we needed.  Working with Naomi was an honor.

Next comes Dr. Paul Spong.  He was the most endearing, with a deep love of orcas that brought a true sense of humanity to the movie.  His life long study of these amazing creatures and passion to help them kept the fire lit under us.  He re-energized us.

And then there was Collin Baird.  We could have interviewed him for days.  As one of the people who was intimately involved with Keiko’s rehabilitation and daily care, Collin’s stories were truly inspirational and brought Keiko to life.  He was the one who let the world know that Keiko thrived.  He was also honest about the process not being perfect.

Next was Tobba.  She brought in the heart, and although I did not meet her, I listened to and watched all the footage of her interviews.  She reminded me of Theresa – a genuine, child-like love and wonder of what she was doing.  Tobba was Keiko’s favorite, so we felt that she truly brought in Keiko’s personality and spirit to the movie. 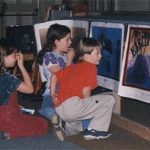 Oh!  I almost forgot the children.  I remember the moment that Theresagot done interviewing the children you see at the end of the movie.  She was so excited and emotionally moved that she cried as she told me about what they said and how moved they were.  Mark talked about how Keiko loved children.  They loved him in return. 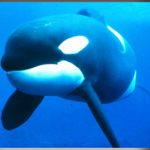 Finally, there is Keiko.  Taken from his family as a “child” himself, he had every reason to shut down, to stop living.  Bullied, alone, sick, deprived of all that makes an Orca an orca, he remained open and willing to let human’s into his life, and even explore, potentially anyway, life with wild orcas.  Naomi said “I can’t emphasize enough that Keiko was tough.  There was a core of him, mentally, emotionally, that must have been very tough.  Because despite the fact that he had developed oddly given his early capture and isolation for so many years from other orcas, he never the less survived.” Tobba and Collin talk about Keiko “training his trainers”, that he liked when people were animated, engaged.  Similar to how we keep a child entertained.

When I read the posts that people make on our Facebook page, most people comment about when they met Keiko.  They talk of the connection they had with him, and most were children at the time, now adults who still remember it clearly.  Then there are some very non-childlike comments, and I have a hard time not responding.  Theresa says “Leave them, people have a right to say what they feel, and this will hopefully lead to further discussion.   Again, the movie is about people hearing what happened and drawing their own conclusions”.

So I have to let people do that.  My only ask is that you watch the movie before drawing those conclusions.  There are things you do not know and have not heard.  The story that unfolds is remarkable, Keiko’s journey is inspiring, and the way he touched so many people reminds me of why this documentary was made.  Keiko reminds me to play and be happy during my journey.  Keiko reminds me of what it means to survive, persevere, and even thrive when it is hardest to do. 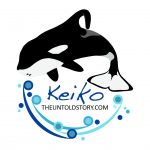