Home - THE FILM - CAST OF EXPERTS 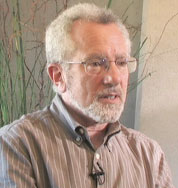 Mark Berman – Assistant Director, Free Willy-Keiko Foundation
Mark Berman joined Earth Island Institute’s International Marine Mammal Project in 1991, and currently serves as Director of the International Monitoring Program for Dolphin Safe Tuna. With teams in 17 countries and the cooperation of over 370 companies, Berman works with the European Dolphin Safe Monitoring Organization to promote and license the registered dolphin-safe logo. Established to identify canned tuna processors, retailers and importers in the EU and other regions worldwide working in compliance, he campaigns to end fisheries unsafe to dolphins and stop whaling in Japan. 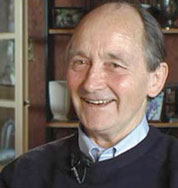 Dr. Paul Spong – Founder, OrcaLab
A Neuroscientist and Cetologist, Dr. Spong has been at the forefront of orca research since 1967. While working on his post- graduate studies at the Brain Research Institute (BRI) of the University of California in Los Angeles, Spong was recruited to join the staff of the Vancouver Aquarium in British Columbia. While there, he was a forerunner in ground-breaking research of the acoustic communication of orcas and the influence of music and sound on their emotional states. A year into his research, Spong described the mammals as “highly intelligent, social animals” and advised that they should not be kept in captivity. He proposed transferring the whales into a semi-wild environment (such as Pearl Harbor) in order to study them in their natural habitat. His remarks hit newspapers, and he was suddenly being pursued by the media for interviews. As a result, Spong lost both his job and his research funding.

In December 1969, Spong traveled to Pender Harbour, British Columbia, where fishermen had captured a dozen whales – of which only one, Corky, survived in captivity for more than two years. Spong has since spent decades trying to free her. In 1970, he founded OrcaLab, a land-based whale research station located near the Inside Passage between northern Vancouver Island and British Columbia. OrcaLab operates on the principal that it is possible to study wild animals without interfering with their lives or habitat. 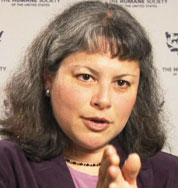 Dr. Naomi A. Rose, Ph.D. – Senior Scientist, HSI Wildlife Humane Society International
Dr. Rose is the Senior Scientist for Humane Society International (HSI), the international partner of The Humane Society of the United States (HSUS). She began working at HSUS in 1993 and at HSI in 2004. She earned her Ph.D. in biology from the University of California at Santa Cruz, where she studied the social dynamics of wild orcas. At HSUS and HSI, Rose has been instrumental in formulating policy opposing the capture and captivity of marine mammals for public display and has been a key player in the debate on the issue. She is actively involved in a coalition effort to stop the international trade in live dolphins. Rose has co-authored scientific papers for peer reviewed journals and authored several articles for animal protection publications, as well as chapters in books. 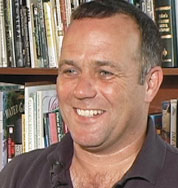 Colin Baird – Director of Field Operations, Free Willy-Keiko Foundation
Few know more about the care, feeding and behavioral traits of orcas than Colin Baird, who spent a decade training three of them – including Tilikum – before leaving the captive industry in 1993. In early 2002, he was invited to take command of the day-to-day operation of the Keiko project from Jean Michel Cousteau’s Ocean Futures Society. It was on his watch that Keiko suddenly journeyed on his own across the North Atlantic to Norway, more than a thousand miles away. A native of British Columbia, Baird grew up around the sea, learning how to sail, scuba dive and run power boats while still a youngster. He began working for a local aquarium while studying economics in college. Baird now travels the world as a tour guide and guest lecturer on expedition ships. When he’s home, he leads whale watching tours out of Victoria, B.C. 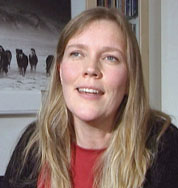 Thorbjörg Valdís Kristjánsdóttir (Tobba) – Keiko’s Primary Icelandic Caretaker
Icelandic native Tobba, as she is known by Keiko’s legion of fans, joined The Free Willy-Keiko Foundation Team in March 2002 as one of Keiko’s primary caretakers. When the orca suddenly took a solo journey to Norway, she happily packed up her apartment and moved to the small fishing village where he had taken up residence. To keep him safe from both tourists and the region’s extreme winters, she and Baird moved their base camp to nearby Taknes Bay, allowing Keiko to safely roam at will. Tobba holds an undergraduate degree in Biology from the University of Iceland. She has since served as Project Manager for the International Division of the Centre for Research and currently works for the Agricultural University of Iceland.