Completely Updated Guide for Both In-Classroom and On-line Use

Our Guide was developed to assist middle and high school teachers and educators screening Keiko The Untold Story in their classrooms, both on-line and in-classroom. Through this unique way of combining experiential learning with two movies and our corresponding activities guide, students learn through the experience of a real-life orca. The numerous topics, questions and activities encourage and heighten their learning
and understanding of orcas, their culture and social structure, and the impact of captivity on wild animals.

The guide is organized into 3 main sections: before, during and after watching the documentary. In each section there are various approaches to engage with, explore, and enhance your group’s experiences with the documentary. It can be used on-line or in-classroom, or a combination.

Modification ideas for reading, writing, and visual learning are included. This guide works with full classrooms, small groups and even individually. Cliff notes and resources are included for educators at the end, along with images meant to be copied or reproduced in relation to the guide.  In each section there are various approaches to engage with, explore, and enhance your group’s experiences with the movie “Keiko The Untold Story of the Star of Free Willy”. 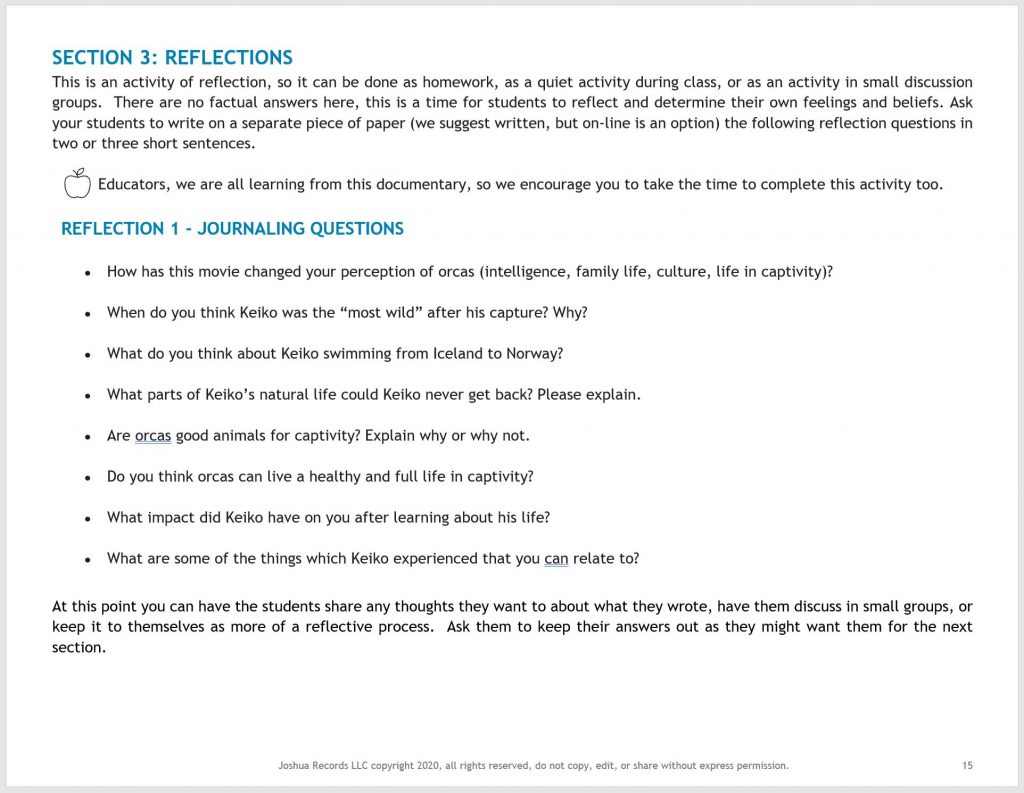 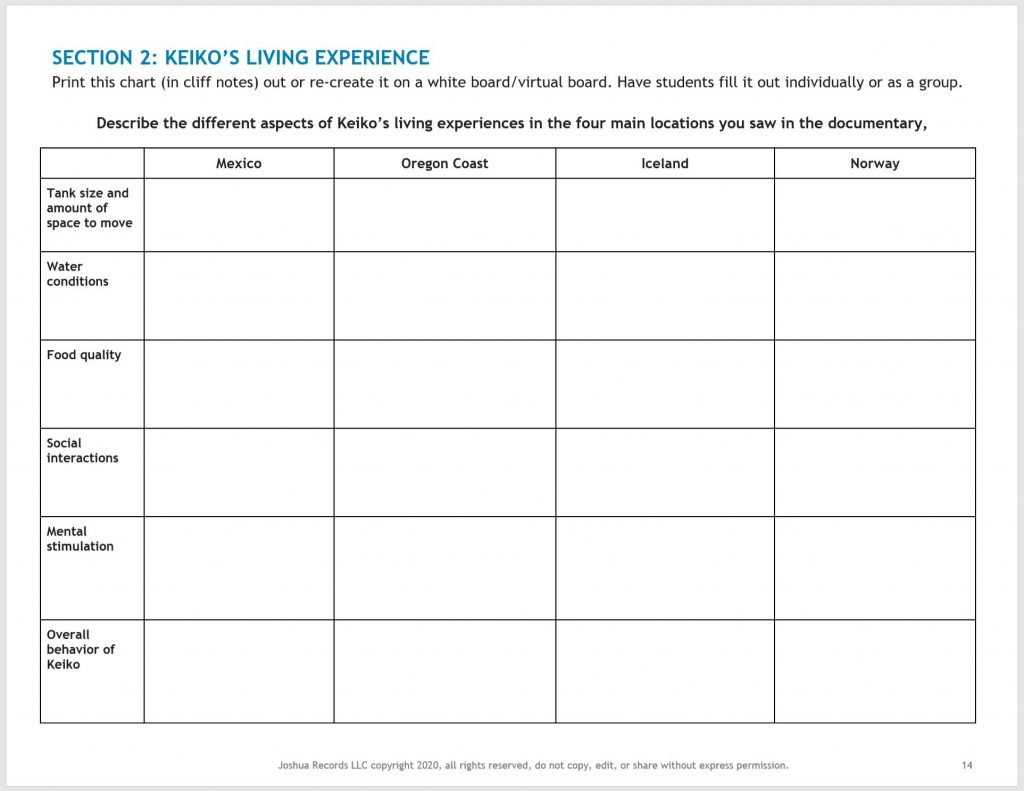 WHAT MAKES THIS ACTIVITIES GUIDE UNIQUE:

“Be prepared for a documentary that will impact every student. I was personally surprised by the strong reaction when I showed this movie to my students. I was impressed by how deeply students connected with Keiko and his journey, transforming their perceptions of orca intelligence, orca culture, and the differences between orcas living in captivity and living in the wild. I encourage you to use this movie to engage and empower your classes to think about how this knowledge can be used to make a difference in their own lives and their families’, or their school’s/community’s, for orcas in captivity or the myriad of environmental changes that we face in our communities today. We are not just educating people for knowledge; we are forging the next generation of citizens of our ever-changing planet.”
– Sincerely, Jason Hieggelke, Middle-School Teacher, Portland, OR 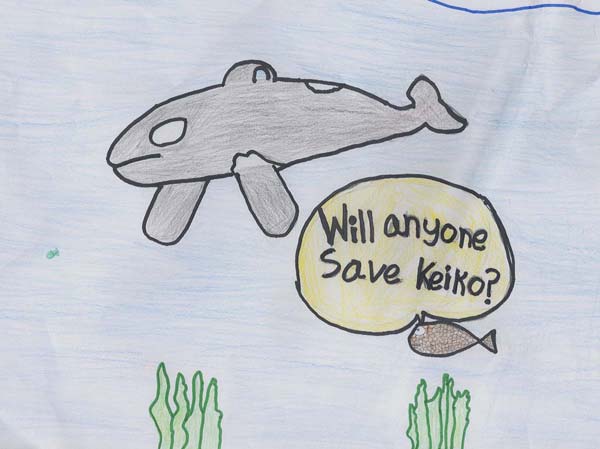 Watch children’s reaction to the movie:

HISTORY:
Keiko swam straight into the hearts of millions of children and adults around the world upon the debut of the film Free Willy in July 1993.  So it was quite a jolt when his fans discovered that, unlike his fictional counterpart, Keiko was not free. Torn from his family at the tender age of two, Keiko spent 14 years in captivity as a performing tourist attraction before Hollywood discovered him for the title role.  Everyone hoped that Keiko would find his family and live happily ever after.  His millions of new fans around the globe, most of them children, launched a crusade to save him.

DOCUMENTARY BACKGROUND:
Keiko was an unlikely candidate for a successful release back into the wild because of his many years in captivity, his capture at a very young age, and his state of ill-health. Misconceptions about what happened with Keiko during his return to his natural habitat are all too often taken as truth by the general public and cloud the facts of how he actually did during this unprecedented effort to release a captive orca back to its natural habitat. This film brings you first-hand accounts of those directly in charge of Keiko’s care with the actual footage of how Keiko, the most unlikely candidate for such a project:

* None of the materials addressed in this guide are intended in any way as counseling, therapy, or claims to have any expertise in dealing with students on a therapeutic, emotional, or teaching level.  Through many accounts with children we have seen them drawn to Keiko for the above-mentioned reasons and state this as observation only.

* You can modify the way the activities are implemented, but not the content of this work, to meet the needs of your classroom or group, according to the license agreement signed with the distributor Joshua Records, LLC. This is accompanying material to be used in conjunction with the documentary, it is not approved for or intended to be a certified student curriculum.  We encourage educators to add certified curriculum regarding orcas and marine life and there are many educator resources available in the cliff notes.

* The movie Free Willy is not included in the package, but is recommended to be watched first as part of the overall experience.  It can be rented from most libraries.