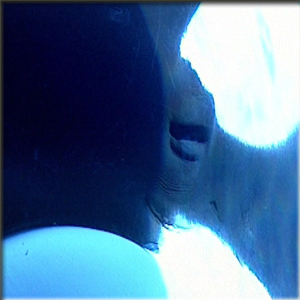 1.  Currently there are forty six captive killer whales world wide. Some of them were captured from the ocean, others were born in captivity.

2.  With the goal of releasing these orcas from captivity, many divergent groups have formed , with each disparate group seeking the rescue, rehabilitation and release of an individual orca. For example there are now separate groups in several different countries seeking the release of Morgan, Lolita, Corky, Tilikum, and Kshamenk.

4.  The Free Willy-Keiko Foundation (FWKF) was established in 1994 to release to the wild Keiko,  the most famous orca in the world.  For the eight year period of Keiko’s release from captivity until his death, the FWKF orchestrated, planned and managed, Keiko’s care, rehabilitation and return to the wild.  With this experience the FWKF knows better than any other organization the steps required for an orca’s release from captivity, not to mention the logistical support and funding required for such an endeavor.

5.  With the recent release of BLACKFISH, by film maker Gabriela Cowperthwaite, which explores the killing of trainer Dawn Brancheau, by the orca Tilikum at SeaWorld, Orlando, Florida, and David Kirby’s book, Death at SeaWorld, the time is right for the highly profitable sea park industry to focus on the three Rs: RESCUE, REHABILIATE AND RELEASE.

6.  With its vast experience and knowledge, and using Keiko as its ambassador, the FWKF is primed to serve as an umbrella organization and to be the central clearing house for the divergent and separate groups seeking the release of captive orcas.  Towards this end, it would assist with fundraising for and distributing funds to the various groups, with coordinating policy statements and press releases in support of changing the sea park industry’s goals vis a vis orcas, and where possible, assist with legal challenges required for the release of captive orcas.

7 Visually and through firsthand accounts of those directly in charge of Keiko’s care, Keiko The Untold Story of the Star of Free Willy documents how Keiko thrived in his post-captivity period for more than five years, mixed it up with wild orcas, and became the second longest lived male captive orca in history.