Home - Keiko Deserves a Star on the Hollywood Walk of Fame

In order to bring attention to our efforts, we have created a Kickstarter campaign to bring the new HD version of his life story to the Egyptian Theater in Hollywood this summer, and that funding effort ends on the morning of March 27th, 2013 at 10am PST.

If we’re successful, we think this event may help the chances for Keiko being selected for a Star on the Hollywood Walk of Fame, especially since our premiere is set to coincide with the 20th anniversary of the blockbuster film in which he starred (Free Willy – 1993) and we will have support from Free Willy producers and cast members!

According to the official Walk of Fame Website, the criteria for receiving a star consists of the following: 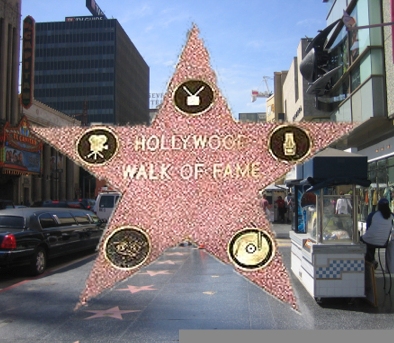 Keiko meets all of this criteria, and we believe he should have his day in the sun.

There are many animal stars both real and fictional, that have been awarded a Star on Hollywood Boulevard, including Lassie, Rin Tin Tin, Trigger, Mickey Mouse, Donald Duck, Big Bird, Kermit the Frog, Woody Woodpecker, and even Godzilla.

Keiko’s performances have cultural, political, and media impacts that have proven significant even to this day. He deserves to be in the company of these stars attracting visitors to his very own Star.

Why Does Keiko Deserve a Star?

We think Keiko deserves a star on Hollyood Boulevard because –

What Are We Trying to Do?

In the long term, we want to see Keiko get a Star, but that’s not the only thing this post is about.

We are, right now immediately trying to raise awareness about Keiko by holding the world premiere of the HD version of “Keiko, The Untold Story of the Star of Free Willy” at the Egyptian Theatre on Hollywood Boulevard in the summer of 2013!

We have already submitted an application to the Hollywood Chamber of Commerce Walk of Fame committee, and they will be making their decision by June of this year.

If Keiko is not chosen to receive a Star this year, the application may be considered next year, but we’re really hoping it can be this year, to coincide with the 20th anniversary of the film, “Free Willy”.

Having a premiere on Hollywood Boulevard, with hundreds of contributions towards the effort, along with thousands of you helping us spread the word about the premiere and the 20th Anniversary of Free Willy’s blockbuster release on Facebook, Twitter, and blogs, we think it may help sway the committee towards awarding Keiko a Star on the Walk of Fame in 2013

We do *not* want you to call the chamber or even to email the committee, as this could actually hurt our chances. Please do not bother them in any way. Don’t comment at their their site, their blog, their Facebook page, or anywhere else of theirs. You can show your support for this great orca at our sites!

You can support the effort to show Hollywood that you too think Keiko is an important and lasting star by sharing this with your friends by email, on Facebook, and on Twitter, but most importantly—before you do anything else! please show your support by making a pledge to our kickstarter campaign today – right now – before its time runs out.

The funding period for this project ends on Wednesday March 27th at 10am!! We need your help now!

and please post or forward this Kickstarter project link, and tell your friends about this awesome way to honor Keiko’s life and, through the premiere screening, bring Keiko back to Hollywood!